Rogue One into Star Wars 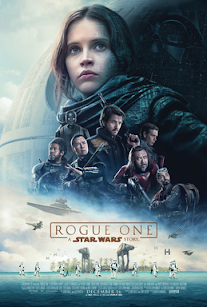 Watching Rogue One and Star Wars back-to-back, as the chronology dictates, has been an interesting experience. Rogue One is almost melancholy. It has some of the elements of an espionage thriller, with the Cold War ambiguities and sense of compromised ideals that this entails. At the end of Le Carré's The Spy Who Came in from the Cold, the protagonist Alex understands his betrayal by his own side: he has been set up to strengthen the cover story of a double-agent working for East German intelligence, and dies knowing his unwilling sacrifice. The 'great game' of espionage is a dirty game, and when Cassian Andor (Diego Luna) tells Jyn (Felicity Jones) that he has done terrible things in service of the Rebel Alliance, he places himself firmly in the lineage of the ethically compromised Cold War anti-hero.

By comparison, Star Wars is innocent: innocent of the weight of franchise history that so burdens all the prequel and sequel films; innocent of the family plot (so we get the narrative non-sequiturs about Obi-wan and Anakin at the beginning); and innocent, too, in its pleasures. There's a basic three-act structure: Tatooine, Death Star, space battles. There are heroes and villains, clearly marked. And there is lots and lots of spectacle. It's a romp, an adventure. 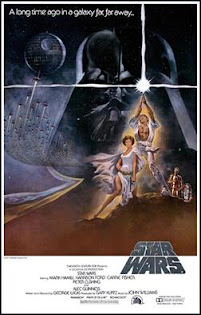 One thing I did notice for the first time, however, was the isolation of Vader among the boorish officers of the Empire. Admiral Motti (Richard LeParmentier) jeers at Vader's 'sorcerer's ways' before Vader applies bit of pressure to his windpipe, and Tarkin also expresses disdain for Vader's insistence on the Force as the greatest power in the galaxy. It's one of the ironies of the Anakin narrative: by destroying all the Jedi (and apart from Palpatine, there's not much other evidence of Sith Lords in the Empire's hierarchy) Anakin/Vader has rendered himself superannuated, almost obsolete. The political power of the Empire is much more evident than the Dark Side in Star Wars, and Vader, with his cape, seems almost a pantomime figure to his fellow Imperial officers. He is feared, but he is also disliked or even the butt of scorn or jokes (behind his back). There's even less to do with the Force in Rogue One: only Cirrut Îmwe (Donnie Yen) seems to feel it.

Tarkin appears in both films, of course: Peter Cushing and his CGI'd likeness. The last shot before the Death Star explodes is Cushing in profile, looking pensive, his hair swept back and up in a wonderfully expressive coiffure. Tarkin is of another order of villainy to Vader: his is the bureaucrat's cruelty, a dead-eyed technocratic operation of power. When he usurps the command of the Death Star from its Director in Rogue One, it displays his manipulativeness and ambition in a way that is unseen in Star Wars. There's also vanity, as expressed in the hair and the thirst for praise from the Emperor, a rather fatal flaw. Almost as fatal as the one that Galen Urso builds into the Death Star.

I think the thing that distinguishes Rogue One from Star Wars most completely is in its ending. Star Wars ends in victory, the destruction of the Death Star and medals handed out to Han and Luke in that notorious scene, a fanfare to end the film, as it began with one. Revenge of the Sith and The Empire Strikes Back end in defeat. Rogue One ends in victory and defeat: Jyn and Cassian hold each other as the shock-wave from the blast envelopes them, and all the other characters on the mission also die. But the mission is a success, in that they retrieve the Death Star plans, leading to the events of Star Wars. It's not a 'feel-good' ending, but an ambiguous one. If there were complaints about 'lack of character development' in this film, that is, in a sense, necessary: this isn't a story about origins, but about the mission. Jyn and Cassian and the others are operatives and soldiers in a war. They die for a cause that they still believe in, not because it is their 'destiny'.

There's much to do with 'hope' in Rogue One, as the well-spring of revolution, and indeed the CGI'd Leia says the word, anticipating what will come next: A New Hope. Hope is not destiny: hope is not teleological, but is an opening, a beam of light in the darkness. Rogue One is the least teleological of all the Star Wars films (even Solo is an origin story), and I think more interesting because of it. With hope comes doubt; and that doubt, that ambiguity, is what makes the film so unusual in its particular universe.